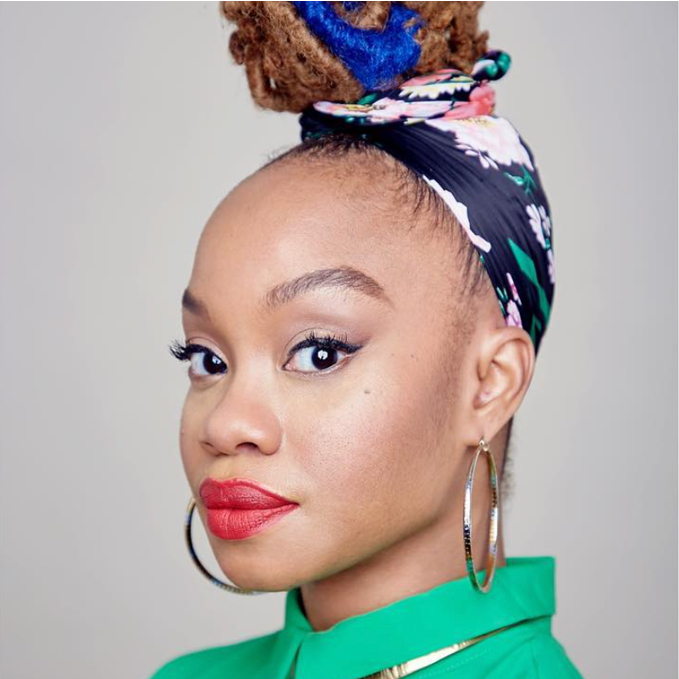 CAMILLE A. BROWN
Encores! Creative Advisor
Camille A. Brown is an award-winning choreographer. Her choreography credits for Broadway include Choir Boy (Tony nomination), A Streetcar Named Desire, and the national tour for Once on This Island. Her Off-Broadway credits include Toni Stone, Much Ado About Nothing, This Ain’t No Disco, Bella: An American Tall Tale, Fortress of Solitude, and For Colored Girls Who Have Considered Suicide/When the Rainbow is Enuf. Brown has also choreographed for City Center productions including Encores! Cabin in the Sky and Encores! Off-Center tick, tick...BOOM! starring Lin-Manuel Miranda. Her other credits include Porgy & Bess (Metropolitan Opera) and Ma Rainey’s Black Bottom (Netflix) starring Viola Davis and Denzel Washington. Her work has appeared on television in Jesus Christ Superstar Live in Concert (NBC) starring John Legend and Sara Bareilles, New Year’s Eve in Rockefeller Center (NBC) with John Legend. She is the artistic director of Camille A. Brown & Dancers. Her work has been commissioned by Alvin Ailey American Dance Theater (City of Rain, City Center 2019), Complexions Contemporary Ballet, Philadanco!, and Urban Bush Women, among others. Brown’s work has also appeared at the 2007 Fall for Dance Festival. She recently won the Obie Award for Sustained Excellence in Choreography. 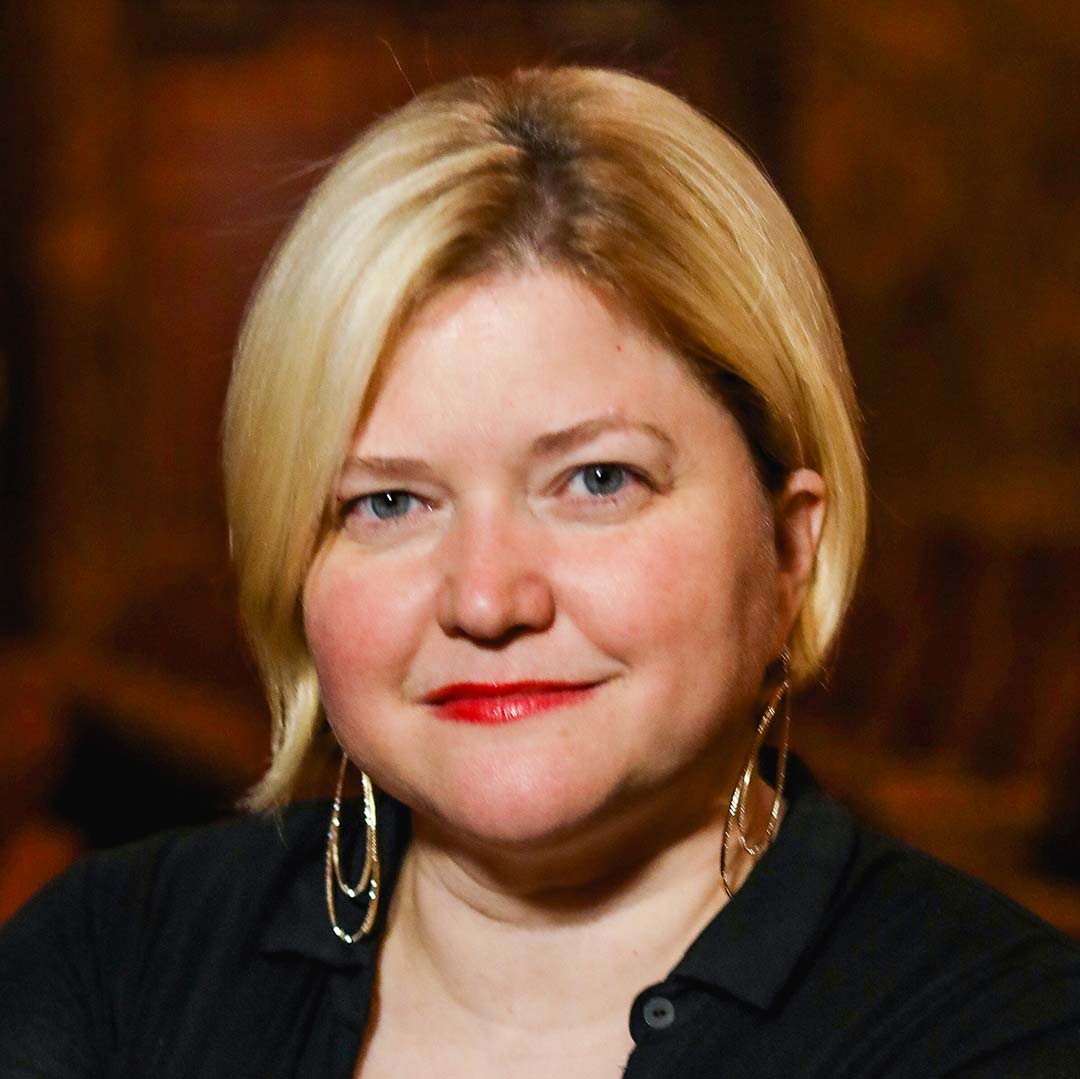 MARY-MITCHELL CAMPBELL
Encores! Music Director
Mary-Mitchell Campbell is excited to join the incredible history of the Encores! series. She has served as the music director for many Broadway shows including The Prom, Mean Girls, Tuck Everlasting, Finding Neverland, Big Fish, The Addams Family, Company, and Sweeney Todd, and as music supervisor for Some Like It Hot. She has conducted the Chicago Symphony, the Cincinnati Symphony, the Dallas Symphony, the Nashville Symphony, and was recently named a 2022 Imagination Artist and conductor for the Colorado Symphony. Campbell is passionate about arts education and access to arts education for marginalized communities. She is the Founder of Arts Ignite which recruits and trains high level artists to teach young people health education and life skills through the arts. She is very active in Maestra and MUSE - Musicians United for Social Equity. 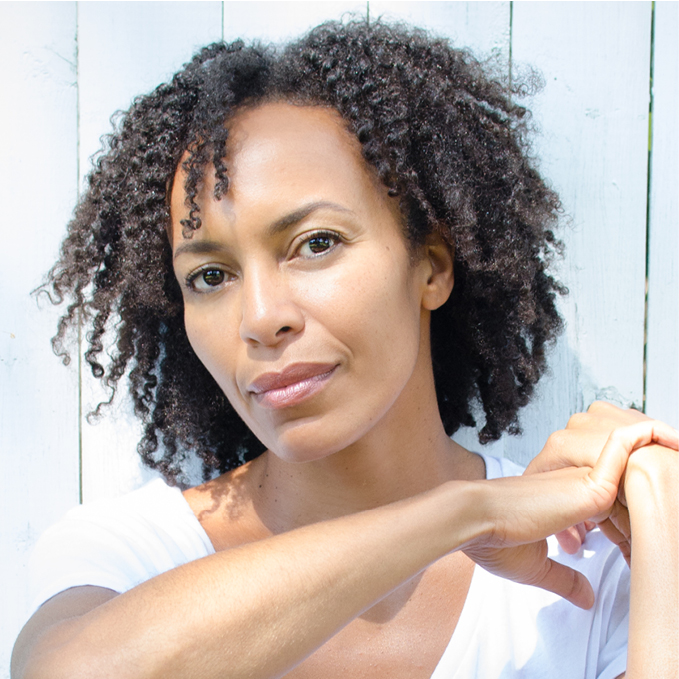 EISA DAVIS
Encores! Creative Advisor
Eisa Davis is an actor, writer, and performer working on stage and screen. A 2020 Creative Capital Awardee, Herb Alpert Award recipient, Cave Canem fellow, and Obie winner for Sustained Excellence in Performance, Davis was a finalist for the Pulitzer Prize in Drama for her play Bulrusher and wrote and starred in the stage memoir Angela’s Mixtape. Her other work includes The Essentialisn’t, Ramp (Ruby Prize winner), The History of Light (Barrymore nomination), Paper Armor, Umkovu, Six Minutes, Warriors Don’t Cry, Mushroom, ||: Girls :||: Chance :||: Music :|| and the collaborations Active Ingredients and Hip Hop Anansi. She wrote for both seasons of the Spike Lee Netflix series She's Gotta Have It, penned the narration for Cirque du Soleil's first ice show Crystal, and has released two albums of music. She is the executive producer and writer of a Little Rock Nine limited series spearheaded by Seth MacFarlane's Fuzzy Door, UCP, and the late Chadwick Boseman. 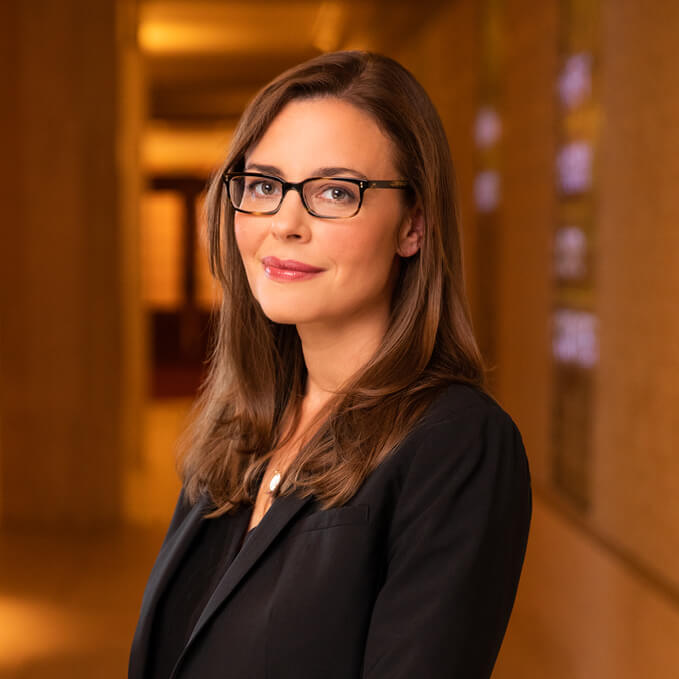 LEAR DEBESSONET
Encores! Artistic Director
Lear deBessonet became artistic director of Encores! in 2020. Previously, she served as resident director of Encores! under Jack Viertel. From 2012-2020, she worked at The Public Theater, where she founded the acclaimed Public Works program and served as resident director. At The Public, she directed Disney’s Hercules, Miss You Like Hell, A Midsummer Night’s Dream, Romeo and Juliet, and the Public Works’ productions of The Tempest, The Winter’s Tale, and The Odyssey at the Delacorte. Other directing credits include Good Person of Szechwan starring Taylor Mac and Lisa Kron (The Foundry Theater/The Public), Suzan-Lori Parks’s Venus (Signature Theatre), Pump Boys and Dinettes (Encores! Off-Center) and Big River (Encores!). Her directing work has received an Obie Award, Lortel Award, Lilly Award, and multiple Drama Desk nominations. 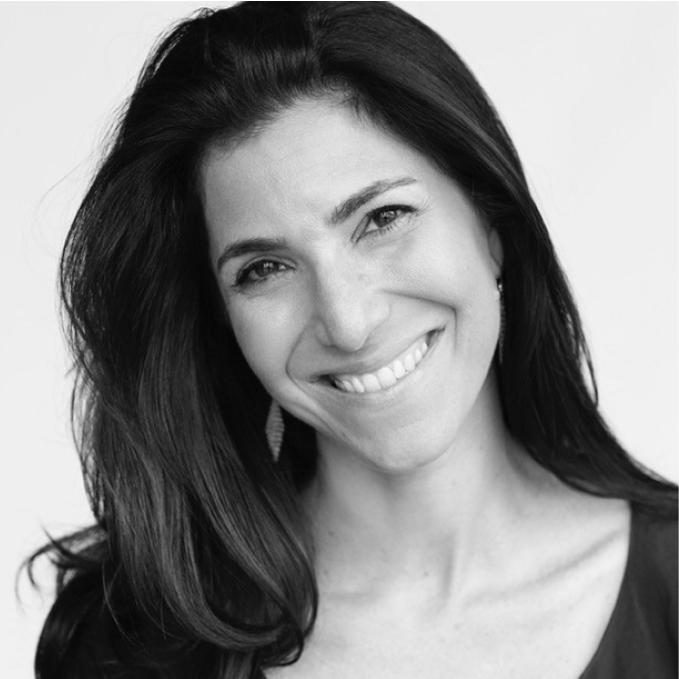 JENNY GERSTEN
Producer of Musical Theater
Jenny Gersten is an award-winning producer whose work spans non-profit institutions and commercial theater.  Recent credits include Beetlejuice, the Off-Broadway immersive revival of Sweeney Todd, and the forthcoming Perelman Center downtown. She served as artistic director of Williamstown Theatre Festival, associate producer of The Public Theater and executive director of Friends of the High Line. At sea, she’s the creative producer for Virgin Voyages. 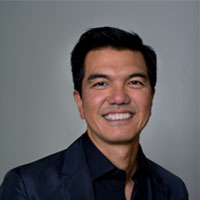 STANFORD MAKISHI
VP & Artistic Director, Dance Programs
Stanford Makishi was appointed to his current position at City Center in 2015 after having been the associate producer of the Fall for Dance Festival since 2011. He danced with Trisha Brown from 1992 to 2006, was assistant director of her production of Winterreise, and has taught and restaged her work internationally. He also served as artistic advisor for the Ringling International Arts Festival in Sarasota, executive director of the Baryshnikov Arts Center, director of programs at the Asian Cultural Council, and director of creative services at Carnegie Hall. Makishi is a native of Honolulu and a graduate of Harvard. 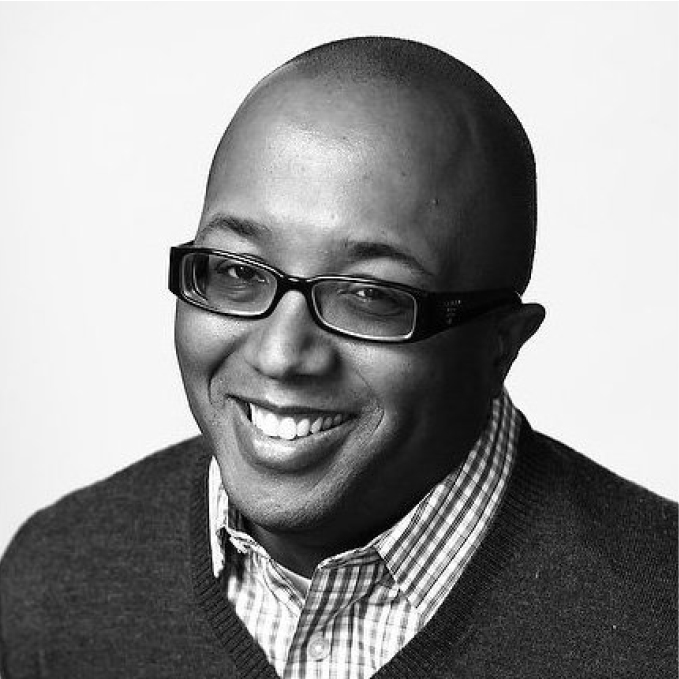 ROBERT O'HARA
Encores! Creative Advisor
Robert O'Hara received the NAACP’s Best Play and Best Director award and is also the winner of two Obie Awards. He made his Broadway directorial debut with Jeremy O. Harris’s acclaimed Slave Play, and has directed Nikkole Salter and Dania Guiria’s In the Continuum, Tarell McCraney’s The Brother/Sister Plays (Part 2), and Kirsten Child’s The Bubbly Black Girl Sheds Her Chameleon Skin for City Center Encores! Off-Center, among many others. As a playwright, his own works include Mankind, Bootycandy, Insurrection: Holding History, Zombie: The American, and Barbecue. His recent directing projects include, Baum and Cheri’s Gun and Powder at Signature Theatre, Lorraine Hansberry’s Raisin in the Sun at Williamstown Theater Festival, Aziza Barnes’s BLKS at MCC, Inda Craig-Galvan’s Black Superhero Magic Mama at the Geffen Playhouse theater, the Universes’ Uni/Son, inspired by the poetry of August Wilson at OSF, and Shakespeare’s Macbeth at Denver Center for the Performing Arts. 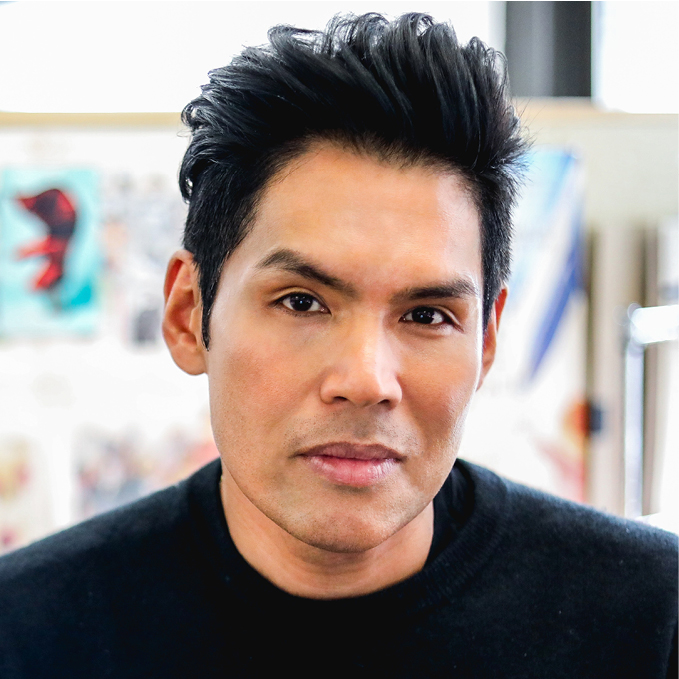 CLINT RAMOS
Encores! Producing Creative Director
Clint Ramos is an Obie, Drama Desk, Lortel, and Tony Award-winning theater and film designer and activist, whose recent Broadway credits include Slave Play, Once on This Island, Torch Song, Grand Horizons, Eclipsed, and many more. He designed the films Lingua Franca, which prized at the Venice Film Festival and is out on Netflix and Respect with Jennifer Hudson for MGM. As principal costume designer for Encores! Off-Center, he has designed 23 shows for City Center including Violet and The Wild Party with Sutton Foster, Sunday in the Park with George and Little Shop of Horrors with Jake Gyllenhaal, A New Brain with Jonathan Groff, Randy Newman's Faust, and tick, tick...Boom! with Lin Manuel Miranda. Ramos serves on the advisory board of the American Theatre Wing and is the Head of Design and Production at Fordham University. 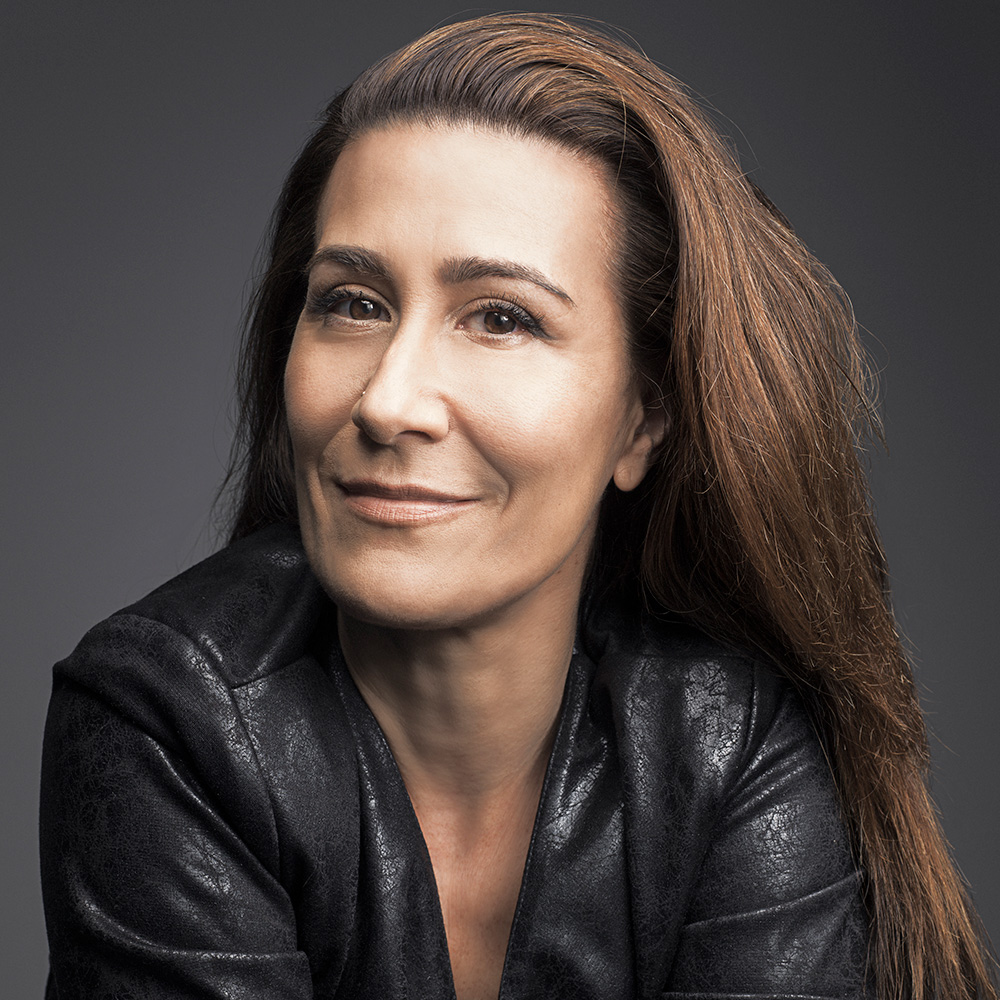 JEANINE TESORI
Creative Advisor
The Tony Award-winning composer of Fun Home, Violet, and Caroline, or Change, Jeanine Tesori joined City Center in 2013 as the founding artistic director of Encores! Off-Center. Tesori led the series for four seasons, producing acclaimed concert revivals of The Cradle Will Rock, Violet, tick, tick…BOOM!, A New Brain, Little Shop of Horrors, and Runaways, among others. She returned to the position in 2018 as a co-artistic director with Anne Kauffman, and now is a creative advisor for the series. “I joined City Center not just to produce shows, but to try and create a space for artists,” Tesori says. “I really love the building. Everyone here is on the precipice of a particular discovery—whether it’s their first time directing in such a big house or their first time starring in a musical.” Tesori produced City Center’s gala presentation of Sunday in the Park with George in 2016, which transferred to Broadway the following year. 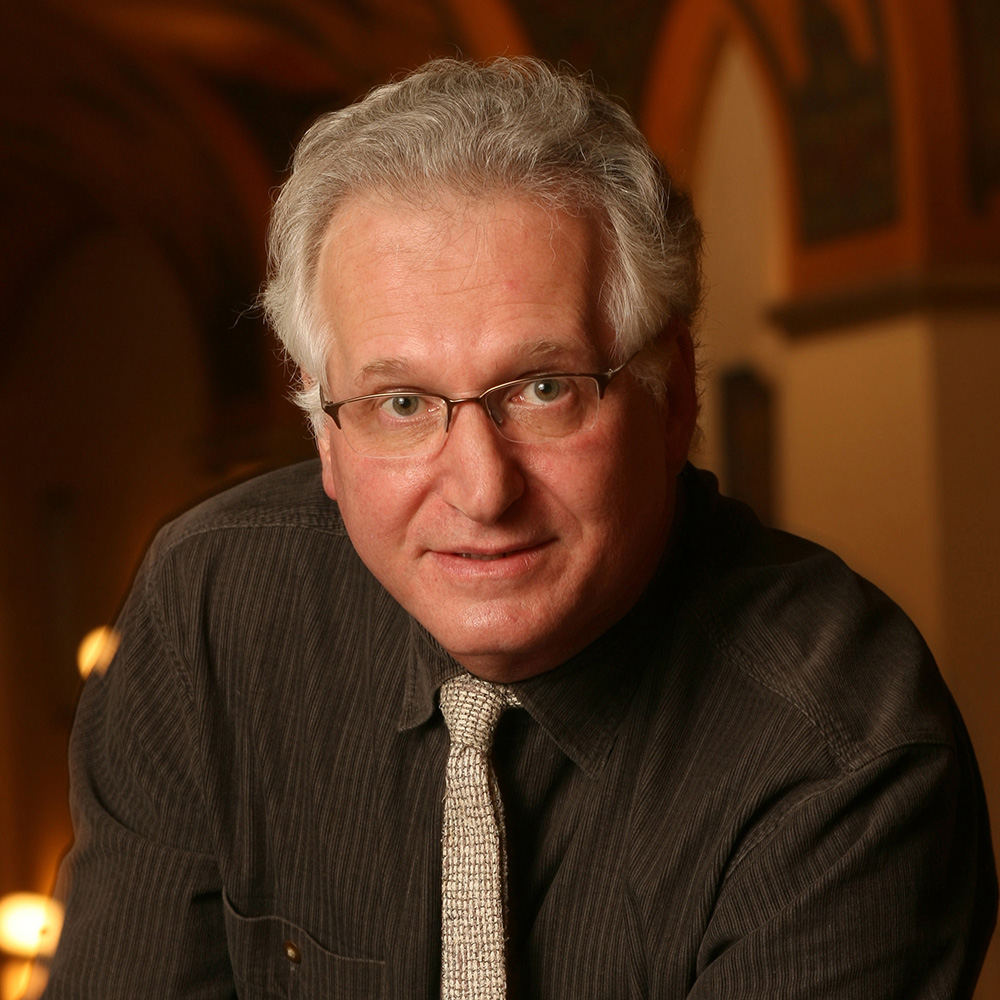 JACK VIERTEL
Consulting Producer for Musical Theater
A producer, dramaturg, author, librettist, and the senior vice president of Jujamcyn Theaters, Jack Viertel has been called “a sort of human encyclopedia of musical theater” (WNYC). He was present at the first meeting of the Encores! Advisory Committee in 1993 and served as Encores! artistic director from 2000-2020. “Almost no one else in the world can do what we do at City Center,” says Viertel. “With time and love and scholarship, we can put a lost show back into the world. It’s almost like magic.” Viertel was the architect of City Center’s historic 2007 revival of Gypsy, which starred Patti LuPone and transferred to Broadway. He conceived the Encores! revues Stairway to Paradise; and Cotton Club Parade, which moved to Broadway under the title After Midnight; and Hey, Look Me Over!.