Parade features inflammatory language, partial nudity, and images of violence. Not recommended for audiences under age 13.

Jason Robert Brown (Songs for a New World) was a Broadway novice when legendary dramatic innovator Hal Prince approached him with an unlikely project put forth by Pulitzer Prize-winning playwright Alfred Uhry (Driving Miss Daisy): a musical interpretation of the 1913 trial, conviction, legal appeal, and eventual lynching of Jewish factory manager Leo Frank in Marietta, Georgia. Brown and Uhry both won Tony Awards for their juxtaposition of brutal historical detail with hauntingly pastoral lyricism, but the production itself closed after just 84 performances.

Recommended for audiences ages 13 and up.

Casting and programming subject to change.

Join our email list to stay in the know about on-sale dates, special offers, and more.

BEN PLATT (Leo Frank) is an Emmy, Grammy, and Tony Award-winning actor. He'll be seen next in the Amazon film The People We Hate at The Wedding and has announced he will embark a multi-city tour, Reverie. Singer-songwriter Platt released two critically acclaimed albums with Atlantic Records: Sing to Me Instead, recorded as part of his sold-out tour and released as the Netflix special Ben Platt: Live from Radio City Music Hall; and his recent sophomore album Reverie. Platt recently started in Universal's film adaption of Dear Evan Hansen and will be starring with Beanie Feldstein in Merrily We Roll Along, directed by Richard Linklater. Platt starred in the smash hits Pitch Perfect and Pitch Perfect 2. He also appeared in Ricki and The Flash alongside Meryl Streep, and Run this Town. On the small screen, Platt appeared in BJ Novak's The Premise (FX), and guest starred in NBC's Will & Grace reboot. Platt starred and served as executive producer of Ryan Murphy’s Netflix series The Politician for two seasons.

MICAELA DIAMOND (Lucille Frank) made her Broadway debut as Babe, the youngest Cher, in The Cher Show—a role she auditioned for just weeks after graduating high school. She recently appeared in Williamstown Theatre Festival’s production of Row and Ethan Coen’s A Play Is A Poem in Los Angeles. She made her television debut in NBC’s Jesus Christ Superstar Live in Concert, appearing in the ensemble and understudying Sara Bareilles. Additional television and film credits include The Gilded Age and tick, tick…Boom! Diamond grew up in New York City and is a graduate of LaGuardia Arts High School in New York. 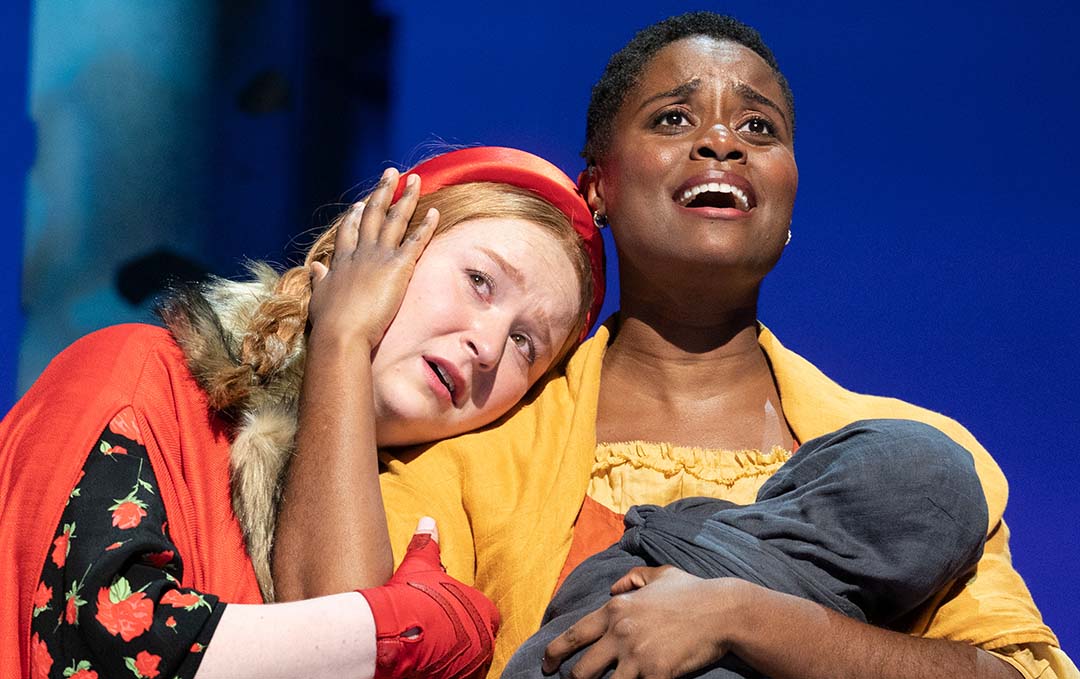 Help keep extraordinary musicals alive for a new generation of audiences when you donate today. Funds raised through our Annual Gala Presentation make it possible for us to offer students and community centers across New York City access to educational matinees and other musical theater programs.