Since its founding as Manhattan’s first performing arts center, New York City Center has been a home to artists from the worlds of dance, theater, opera, and music. In celebration of our 75th year, we're expanding our reach into the visual arts by commissioning three contemporary artists to create new works inspired by our historic building and the artists who move through it.

Jorge Otero-Pailos is a New York-based artist known for making monumental casts of historically charged buildings. Using his training in architecture and preservation, Otero-Pailos’ art practice deals with memory, culture, and transitions, and invites the viewer to consider buildings as powerful agents of change. His site-specific series, The Ethics of Dust, is an ongoing, decade-long investigation resulting from cleaning dust and the residue of pollution from monuments such Westminster Hall in the Houses of Parliament, London and the Doge’s Palace in Venice. For City Center, he has created “Répétiteur,” an immersive installation in our Harkness Studio, which explores how dance masters pass their choreography from generation to generation through trusted stagers who serve as their living archive. The work will draw attention to the material evidence that the seemingly immaterial transfer of dance knowledge leaves behind: the dust and other residue left on the surfaces of the room by the labor of dancers. Otero-Pailos has transferred this residue onto illuminated peelings that cast the rehearsal room in an unusual, meditative light and are accompanied by a sound collage of dancers learning Merce Cunningham choreography from Cunningham himself and from Merce Cunningham Trust's stager Patricia Lent. The installation is an inspiring expression of the history, memory, and impermanence of dance.

Learn more about the inspiration behind Répétiteur in an exclusive Artspace interview here.

On view to the public in the City Center Harkness Studio at 130 W 56th St from 10am to 6pm during the following dates:

Nina Robinson is a photographer based in Arkansas and New York who creates portraiture and documentary rooted in community that celebrates the human senses. Her photography has been featured in The New York Times and National Geographic and exhibited at the Bronx Documentary Center, the Bronx Museum, and Mosaic Templars Cultural Center. Robinson captured portraits of our theater and dance artists throughout our rehearsal and performance spaces, as well as in the other spaces in which they live and create. The life-size portraits explore what "home" means to each artist and will be on view to the public in the through-block passage adjacent to City Center (between 55th and 56th streets), giving all the people of New York City the opportunity to participate in the celebration of City Center’s 75th Anniversary.
On view through May 5, 2019 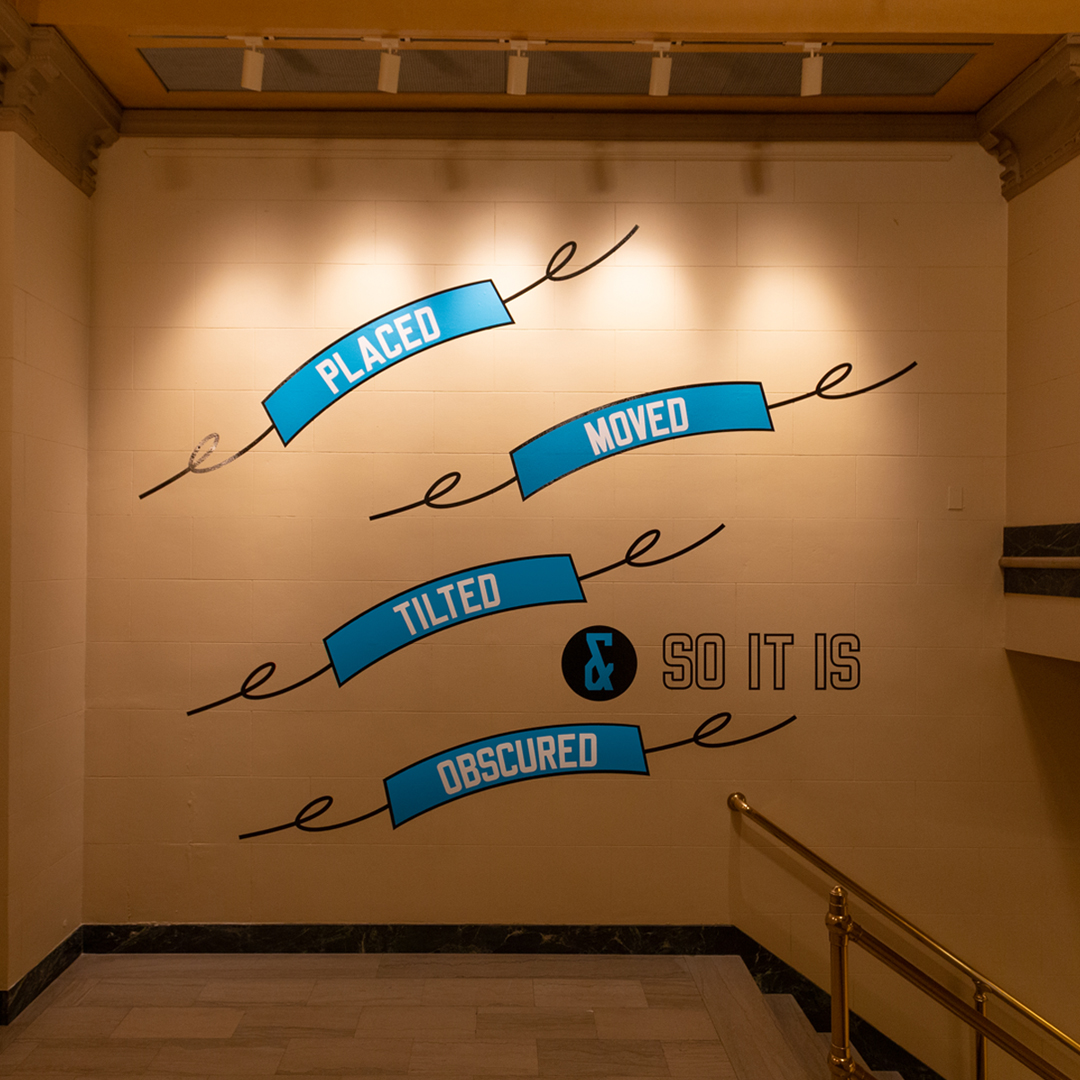 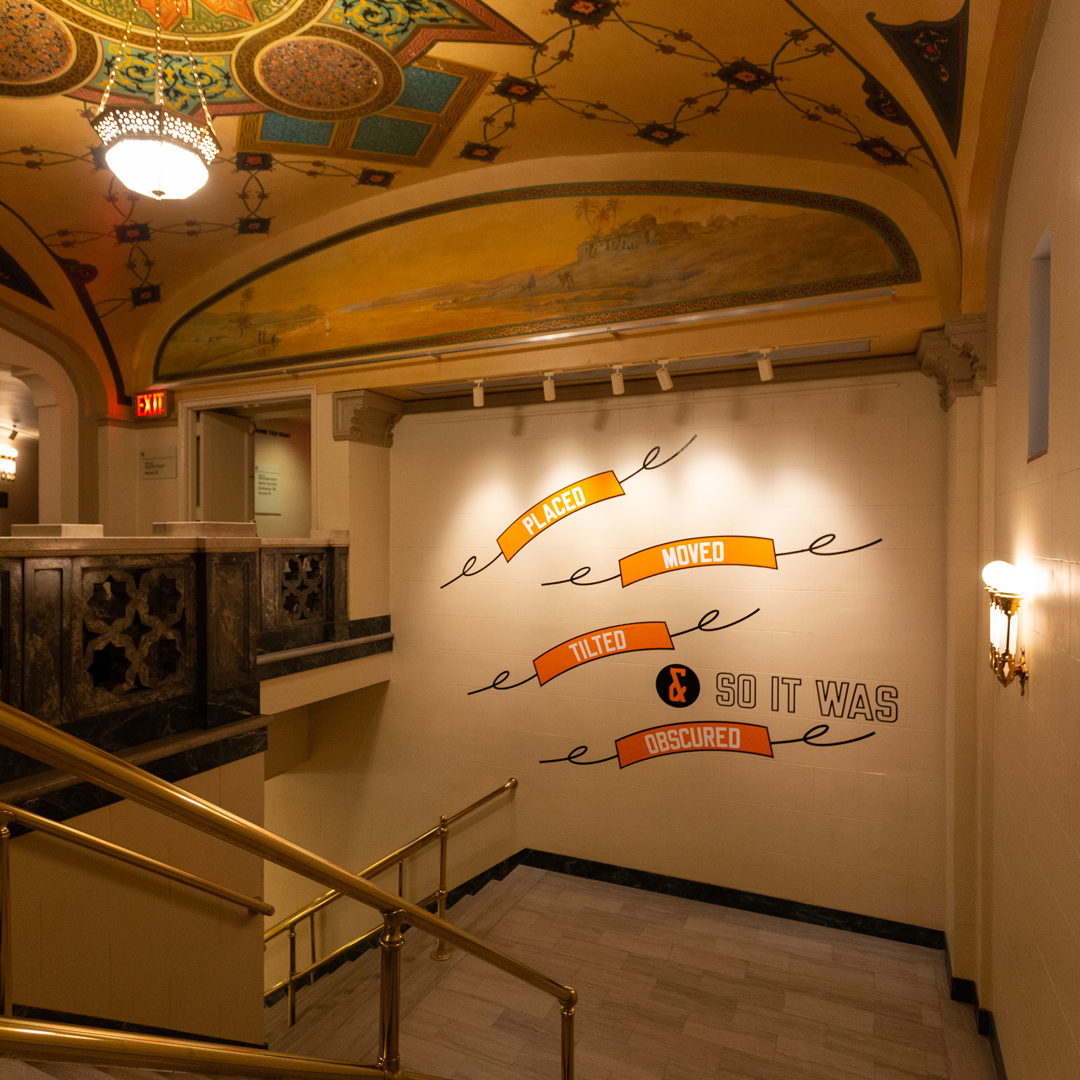 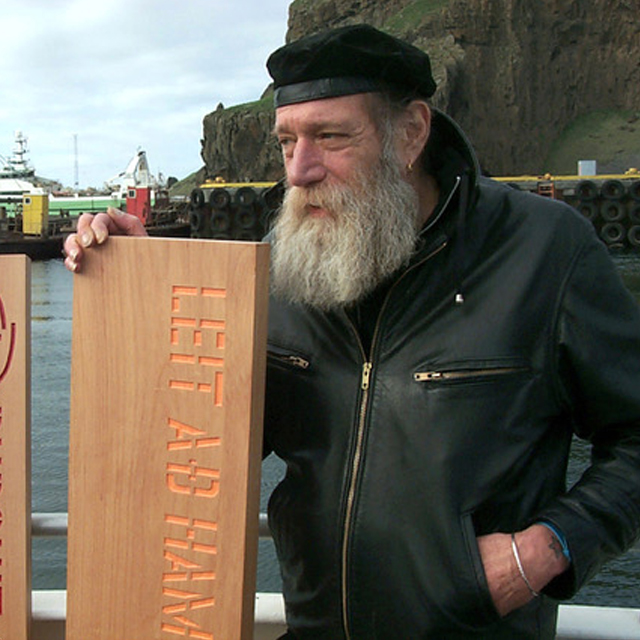 Lawrence Weiner is a native New Yorker whose minimalist, language-based sculptures have been exhibited around the world at the Whitney Museum of American Art, the Walker Art Center, the Barcelona Museum of Contemporary Art, and four Venice Biennials, among others. A central trailblazer in the 1960s to present art as language, his work is imbued with wry humor and philosophical rigor. During his initial site visit, Weiner cautioned that he was not taking on new projects. But while standing underneath the dome of our theater and recalling fond memories of attending performances at City Center as a young man, he was inspired to change his mind. Weiner’s piece will be installed in the east and west stair landings connecting the main auditorium’s Orchestra and Grand Tier lobbies of our iconic, neo-Moorish building. The work will be on view to all who enter the theater throughout the 75th Anniversary Season, and a limited number of bespoke notepads that incorporate the language of the work will be given to audience members as a gift from City Center.
On view to ticket holders at all City Center performances

Support for the Visual Art Commissions is provided by
Deborah Goodman Davis and Gerald R. Davis