The Lobby Project investigating Songs for a New World

This summer, The Civilians are teaming up with New York City Center as Artists in Residence to create and premiere investigative theater pieces focusing on each of the three Encores! Off-Center productions. With their characteristic journalistic curiosity and playful artistry, The Civilians will illuminate their creative process by exploring the impact the original productions of the Off-Center revivals have had on audiences and artists alike.

Listen to The Lobby Project investigating Songs for a New World

Lucky In That Way was created using The Civilians signature investigative approach. From transcripts of interviews The Civilians conducted with Jason Robert Brown, Daisy Prince, Brooks Ashmanskas, Andréa Burns, Jessica Molaskey, Billy Porter, Lori Sherman, Anne Kaufman, and Adam Gwon, five composers and our writing/directing team created this twenty-minute musical about the origin story of Songs for a New World. Every lyric you’ll hear sung and text you’ll hear spoken is drawn only and exclusively from these interviews.

Musical Numbers:
‘Piano Bars’ by Rona Siddiqui
‘Ten Years Younger’ by Zack Zadek
‘Delightmare’ by Grace McLean
‘Get Me Back Behind My Piano’ by Adam Gwon
‘The Next Revolution’ by EllaRose Chary and Brandon James Gwinn 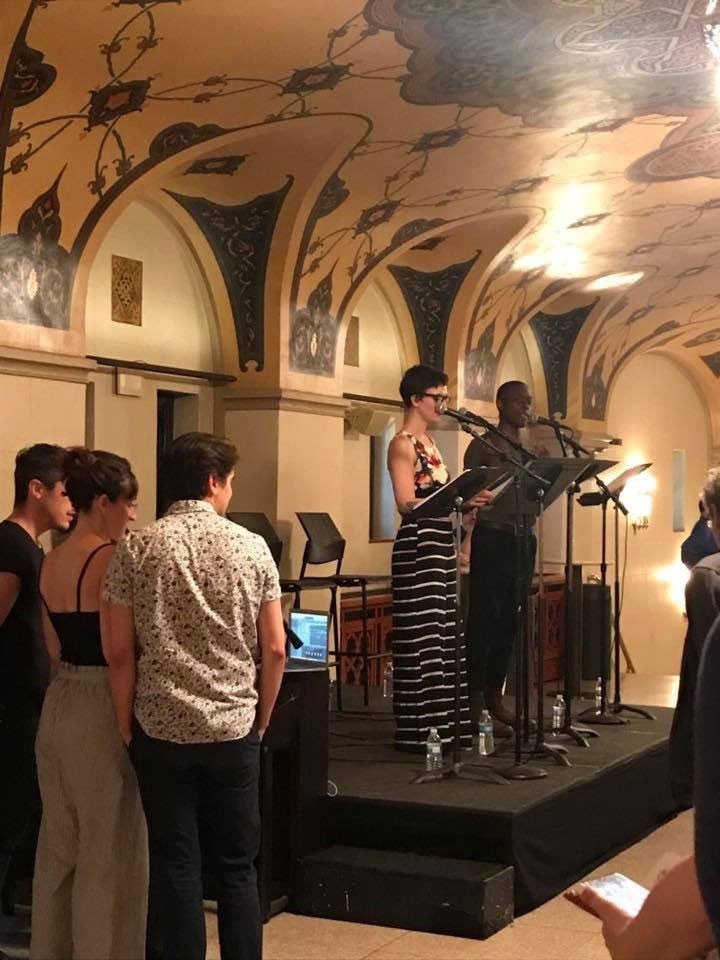