Following a sold-out season in London, Matthew Bourne’s legendary Swan Lake returns to New York for a special two-week engagement from January 30 through February 9, 2020. The 1995 original earned more than thirty international accolades including three Tony Awards and an Olivier Award. Now, along with award-winning designers Lez Brotherston and Paule Constable, Bourne has re-imagined this beloved New Adventures classic in a not-to-be-missed new production for the 21st century. He recently discussed reviving this ground-breaking work and its lasting impact on artists and audiences.

You first staged Swan Lake in 1995 and it went on to become the longest-running ballet on the West End and Broadway. How do you feel about the prospect of bringing it back for the upcoming tour?

It’s always exciting to bring back Swan Lake. So many people love it and they’re going to want to come see it again and bring friends and family who didn’t see it last time. That is the growth of the show over the years—the fact that people want other people to come and see it.

There’s also a whole new generation of young people who haven’t seen it. We know, from discussions with the cast, how inspiring this piece can be for young people who see it and then want to go on to a career in theater, or particularly dance. Many of the men in the show, and in fact the women too, first came to dance through this piece—having been taken to see it by their parents or perhaps by their dance school, and now they’re in it themselves. 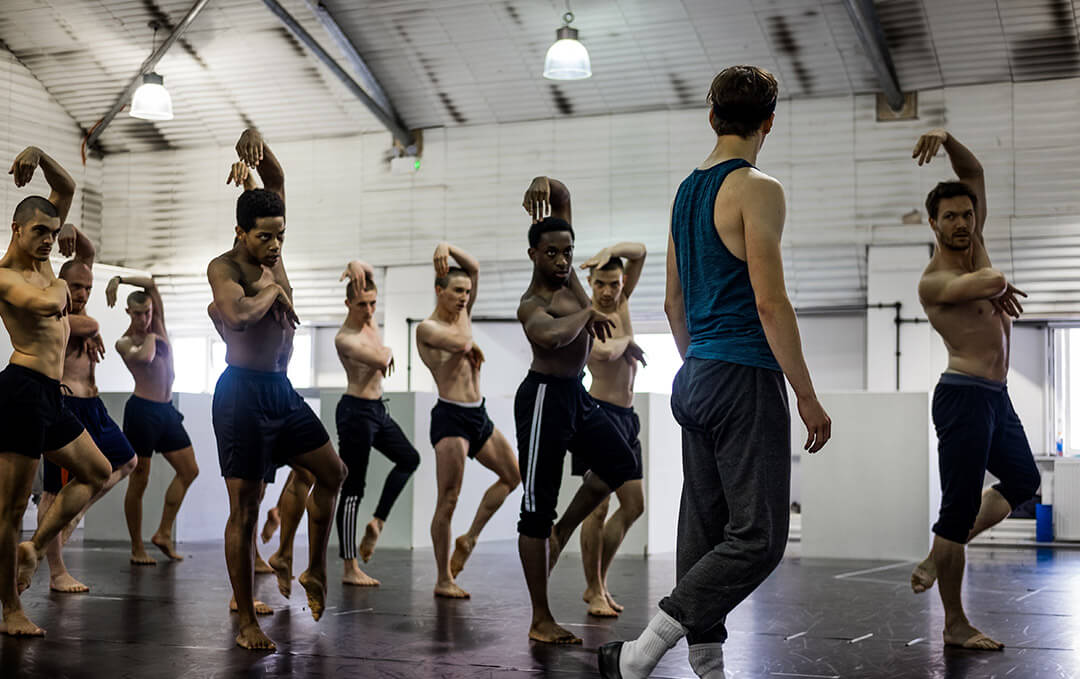 The new staging of the show is being presented as having a fresh look for the 21st century. Why did you decide to restage the show now?

It’s an interesting point about changing a piece that is so well-known and so well-loved. We’ve made these changes for several reasons—one being that it’s been around for 23 years now since we first made the piece, and we felt it was a great opportunity to refresh it. I wouldn’t say we’re changing it enormously but refreshing it for this next period of time. Everything we’ve done to the piece has been mindful of the fact that people already love it.

For many people seeing the new version of Swan Lake, they probably won’t recognize many of the changes we’ve made, and will feel they are still seeing the same piece. We will know, however, that we’ve made hundreds of little changes. Maybe there will be one or two things that big fans of the show will miss, but I think generally speaking we’re celebrating the piece that already exists.

Adam Cooper played the original Swan/Stranger. His performance, perhaps more than any other within the last quarter of a century, seems to have instigated a huge rise in the number of boys and young men wanting to pursue dance. Were you surprised by the scale of the impact Swan Lake had on young dancers?

Obviously, when we made Swan Lake we didn’t know that it would have the impact it’s had, but over the years I’ve come to realize that it’s been the trigger for a lot of boys and young men going into dance.

I think it felt like something very cool and very masculine, yet it required a lot of artistry and sensitivity, so that really inspired a lot of young men to want to get into dance and to want to be a Swan, which is borne out by virtually every member of our cast who grew up with this piece.

I find that a lovely aspect of the show now: it’s so meaningful for the people in it. There aren’t many shows where you can say that you’ve got an entire cast of people whose burning ambition it is to be in the piece, so you get a wonderful connection with the dancers and a wonderful sense of community. 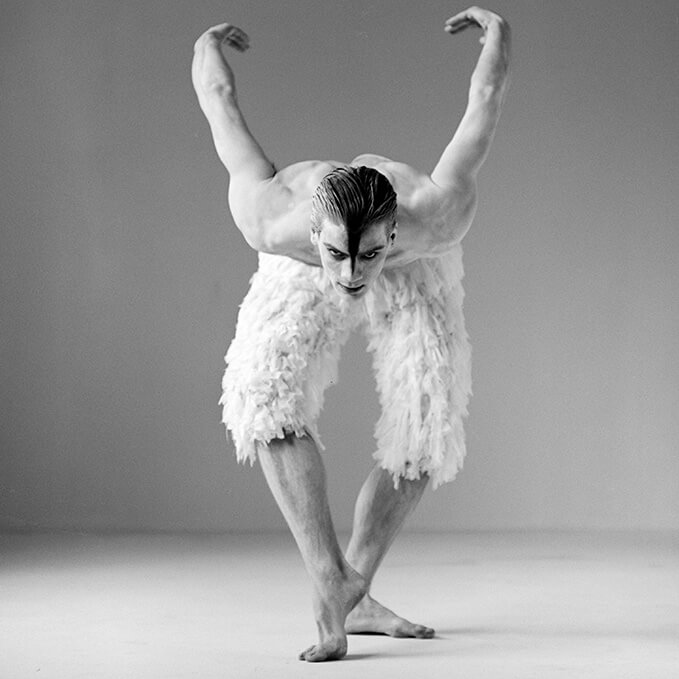 You took Swan Lake in a completely different direction from the versions that had gone before it. What motivated and inspired you to do that?

Well, I didn’t see any point in creating a Swan Lake that was similar to any of the others that were around, because there were certainly a lot of those! Mostly they were classical versions—all a bit different, but all telling a similar story—and so this version had to be different.

The male swans were the big idea and a secondary big idea was modern royal scandal. This was in the news all the time while we were making the piece, with Diana & Charles, and Sarah Ferguson, and Camilla Parker-Bowles, and Princess Margaret. All of these stories were daily news during the making of the show, so it was very topical thing to have a Prince who couldn’t be the person he really was, or to be with the person he wanted to be with—all very relevant to contemporary Britain and contemporary royalty. So, we’re still telling the same story—it’s still about a royal family, but a modern royal family.

I thought that would be picked up on quite a lot when the show was first seen, but actually the attention was much more on the use of the male swans. It was such an iconic image for people to have a male dancing swan. It was very unexpected, and people couldn’t imagine what it was going to look like. We needed an idea that could wipe away everyone’s existing memories and images in their heads of the piece, as they had perhaps seen it before in other versions, and the swans did that very well. 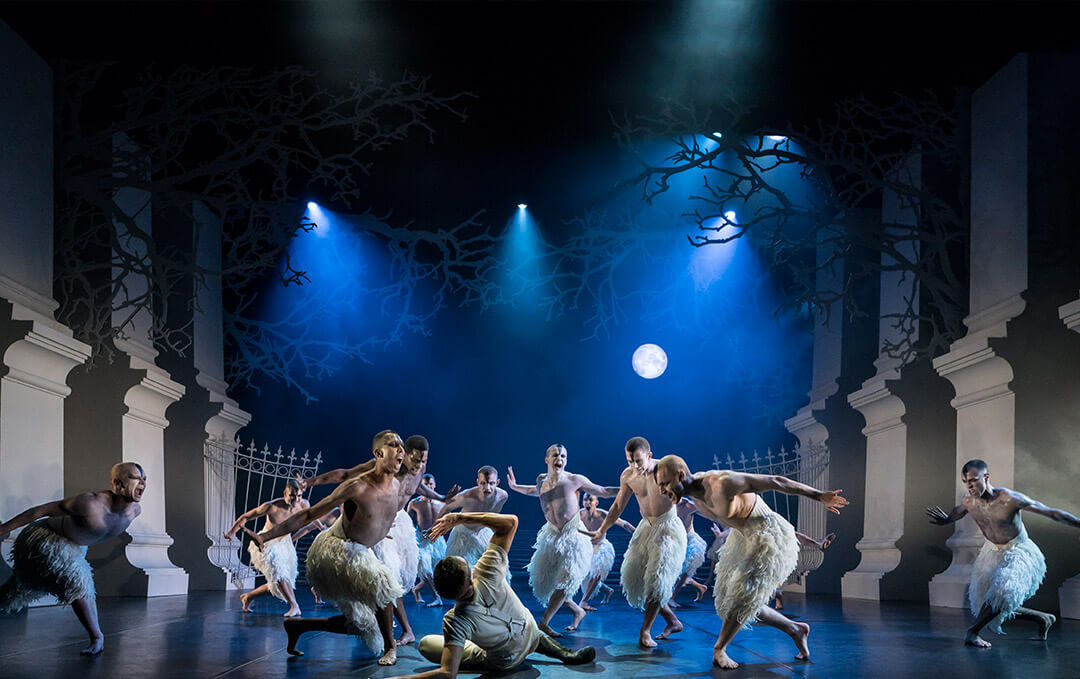 The Swans, photo by Johan Persson

Could you tell us what you feel are the key themes of your version of Swan Lake and what, if anything, is the most important message that you hope to portray to the audience?

I don’t like to dictate too much to people because I feel people do see the piece in different ways, but for me ultimately it is about someone struggling with who they are and the world they are in—albeit quite an extraordinary world, because how many people are royalty? But even so, we can relate to that. We can all relate to an individual who, in the society that they are in, can’t really be who they really are.

It got dubbed ‘the gay Swan Lake’, which was not the aim, but it certainly has a story within it that is very meaningful for gay audiences, and I celebrate that. I did then, and I do now. It is a bit more wide-ranging than that however, and it can really be interpreted in many ways.

It’s accepted now by a much wider audience and rather than be shocked by any element of it, I think they find it uplifting that this is a story being told about a young man who is confused about his future and about his sexuality. I think that’s something that is very meaningful for young people in the audience.