Masazumi Chaya starts off an interview in his office on the subject of food, recalling when he used to cook meals for his fellow Company members, including his especially popular chicken with ginger soy sauce. With his warmth, enthusiasm, and easy sense of humor, Chaya (as he is known) seems like an ideal dinner companion.

The primary recipe that Chaya has developed is the singular position—Associate Artistic Director—which he has decided to relinquish followingthis City Center season after nearly 3 decades. He has been responsible for the complex casting of an intense 39-performance season, and a months-long national tour; planning and overseeing rehearsals, helping to select and plan the repertory—while also teaching and rehearsing the touchstone works byAlvin Ailey, for whose choreography Chaya has served as an invaluable memory bank and communicator.

“Chaya's been the man keeping everything afloat—but underneath the surface,” says Clifton Brown, (who joined the Company in 1999). “For the entire time I've been part of the company, he's been behind the scenes making everything run smoothly and wearing lots of hats.”

Chaya's uninterrupted connection with Ailey began in 1972. He was a young modern dancer, recently arrived in New York from Japan and considering a career in musical comedy. But his stunned reaction to the first Ailey program he attended, and the fortuitous accident that he accompanied his friend and countryman Michihiko Oka to an Ailey callback, led to both men joining the company. 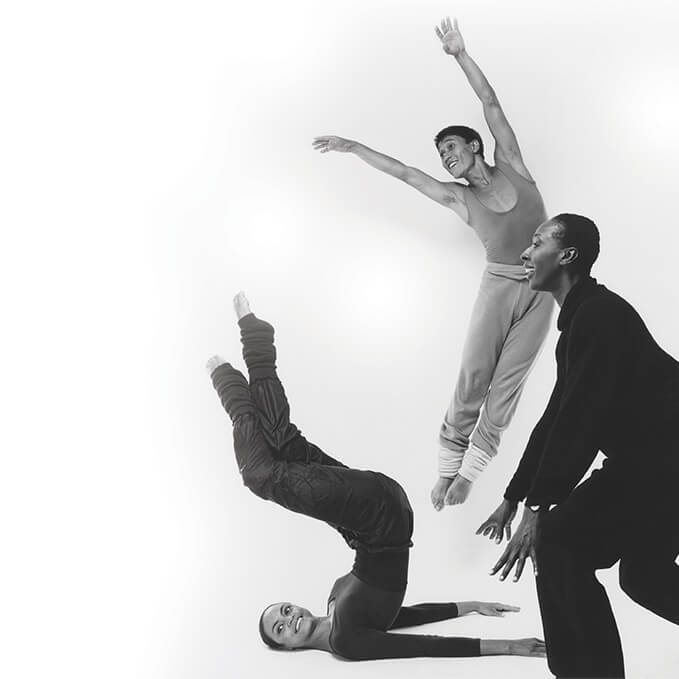 “We were about to perform at the American Dance Festival. I had two weeks to learn and rehearse the ballets Revelations, The Lark Ascending, Streams, and Rainbow ‘Round my Shoulder.” He recalls that Ailey had given all the studio space at the company's home base (then on East 59th Street) to the school, so he rehearsed with Ailey at City Center. “Alvin taught me some pieces in the wide hallway outside the men's room.”

The Ailey troupe at that time numbered 18 dancers, so a personal connection with Ailey himself (who was then in his early 40s) was possible. “I really enjoyed being around him. He was the most un-selfish person I ever met. He had a poetic side. He had graduated in romance languages from UCLA, and spoke French, Spanish, Italian.”

Chaya recalls a crucial early reaction he received from the choreographer. “I was covering Dudley Williams' role in Blues Suite, and I copied everything Dudley did. Alvin didn't say anything. One day on tour, Dudley couldn't do it at the last minute, just before curtain. I didn't have time to go over those details, so I had to do it my way. Alvin came back after the performances and said, 'finally you did Blues Suite.' He saw me doing, instead of a copy of Dudley.”

He worked his way into the repertory in ballets by many choreographers, including Ailey classics like Memoria and Night Creature, which he has staged on the current Company. “I especially liked Alvin's Phases. He gave me very technical things, and I really enjoyed that challenge.”

Chaya assisted Ailey when he created the major For ‘Bird’ - With Love in 1984. But by 1987, Chaya felt ready to move on. “Alvin asked me to stay, said they would create the position of assistant to the rehearsal director [at that time, Mary Barnett]. He was guiding me.” After Ailey's death in 1989 and Judith Jamison's arrival as Artistic Director, she soon appointed him Associate Artistic Director. 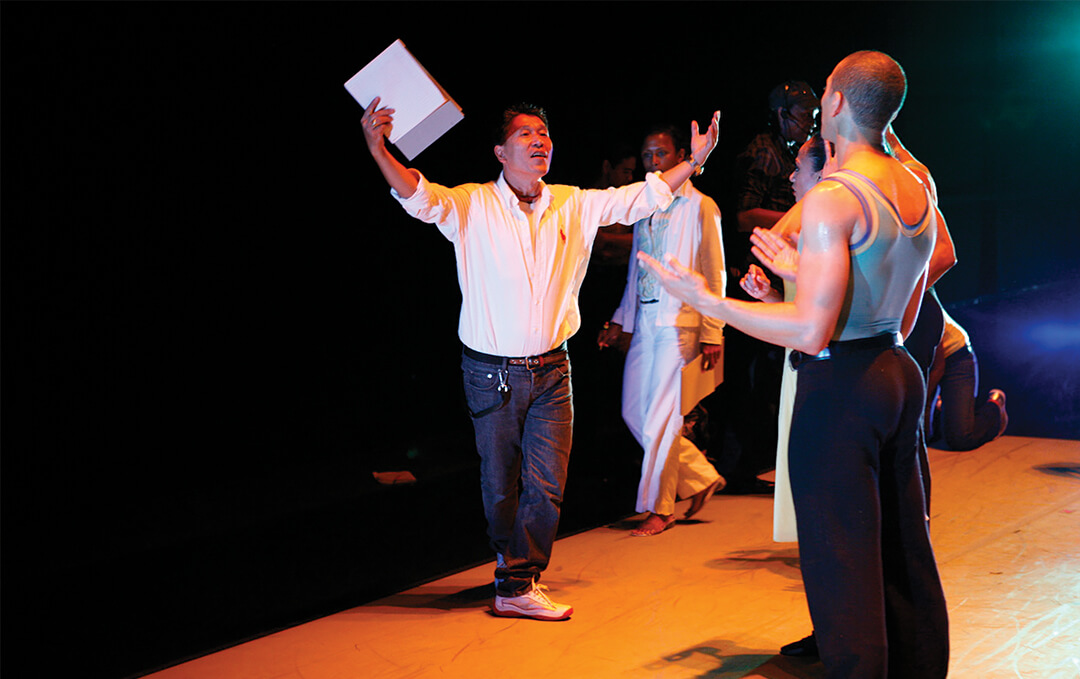 “Alvin always wanted to show off his beautiful dancers in different ways and to challenge us,” Chaya recalls. “He gave many chances to young choreographers who had no company, or who had a small group, but wanted the challenge of a bigger group of dancers. Ms. Jamison was also the same way—the idea about helping American choreographers. She took a lot of chances.”

The company had grown to 30 dancers, with an intensely packed schedule. Chaya pulls out a notebook with densely filled pages indicating what works each dancer will perform, what role in Revelations, as well as which days they will have off during a lengthy season or tour. “I have a notebook like this for every tour.”

Chaya's multi-faceted job includes easing new company members into the repertory, supporting the many choreographers who create works on the company, and nurturing dancers as they mature. “I want the choreographer to be happy and also want the dancers to collaborate. I always ask the dancers to take ownership—not just borrowing, passing through. That way we take care of everybody's work. I really have to say, 'own this, it's yours.'”

Brown appreciates Chaya's “enthusiasm in giving the information to the dancers. He always has that fire and joy of the work in him—and that's really important, especially in handing it over to a new generation. It's not just steps and details; it's also the feeling behind it. He really does have a positive and uplifting energy in dealing with people.”

When Jamison passed the baton to Robert Battle in 2011, he immediately appreciated Chaya's pivotal role. “Masazumi Chaya is iconic to me. To be working alongside him, to have him there was huge in terms of continuity, and in terms of feeling validated,” Battle says. “Watching the way his mind processes programming, casting, and all the complexities of our touring. It’s amazing how he balances that with humor, with focus, and with his love for the organization and for Alvin Ailey himself.” 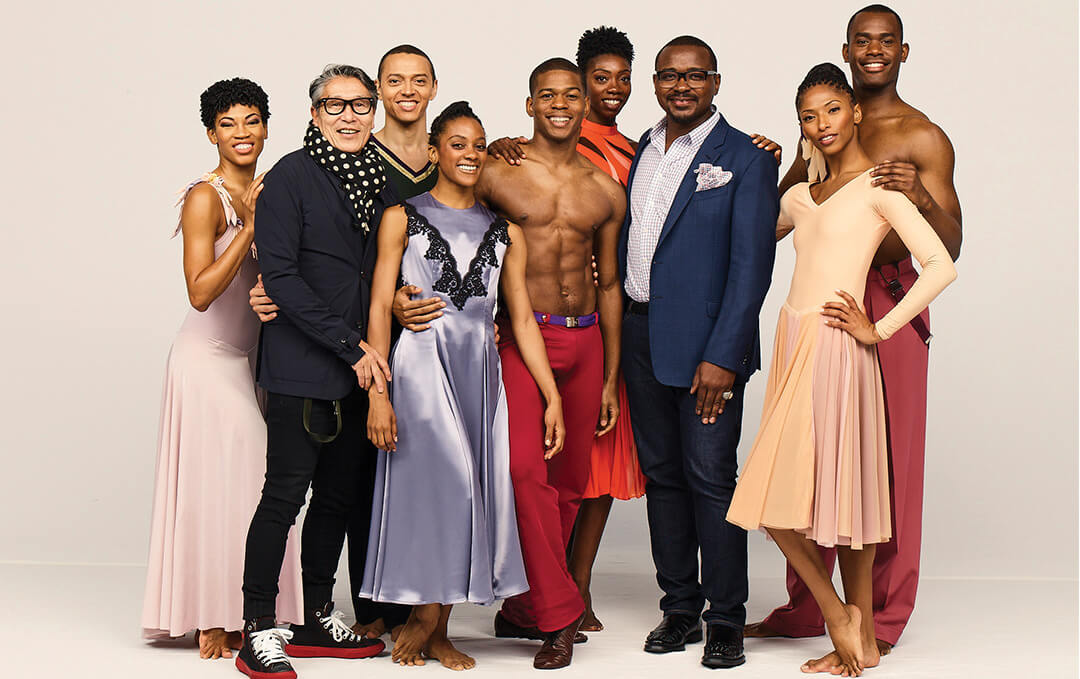 A special December 22 program will celebrate Chaya with over a dozen excerpts that highlight his extensive career of nearly five decades, a one-night-only piece d’occasion created by Matthew Rushing, and appearances and performances by former company members. Battle says that Chaya is making the choices and promises “some of his favorites, and lots of surprises.”

Chaya will remain an active part of the Ailey family, taking on new projects with an eye towards the future. He will focus on launching the Alvin Ailey Choreographic Legacy Project, bringing ballets by Alvin Ailey into the repertory of other companies, supported by a website and an archive of select, recorded performances he will organize.

This season, when the curtain goes up on the Ailey Classics or All Ailey programs—or any of Alvin Ailey’s works, audiences will be warmed by the fire that Chaya has lovingly kept burning so brightly.