An internationally acclaimed “tap dancer of unquestionable radiance” (The New York Times), Ayodele Casel, along with frequent collaborator Torya Beard have conceived and curated a series of seven different video performances of solos and duets, created and performed by a multigenerational and multicultural group of artists in this City Center-commissioned virtual series titled Ayodele Casel’s Diary of a Tap Dancer V.6: Us.

“We all have something to say. We have something to give, something to communicate about who we are and where we’ve been. Diary of a Tap Dancer is predicated on the belief that by revealing our stories, we expose our shared humanity and provide a deeper understanding of how our life experience moves the dance.” —Ayodele Casel

Co-directed by Casel and Beard, the series is a continuation of a project begun in 2005 and in this iteration features performances from Casel and other tap artists including Amanda Castro, Starinah "Star" Dixon, Andre Imanishi, Ryan Johnson, Lisa La Touche, Ted Louis Levy, Michela Marino Lerman, Anthony Morigerato, Makenna Watts, and more. Kurt Csolak serves as editor of the series, with Darren Biggart and Anthony Morigerato acting as creative producers.

“[Casel says,] ‘These are video diaries about where we are now.’ Some address COVID-19, others express how tap has been misunderstood or dip into long overdue conversations about tap and race." —The New York Times
For more insights from
Casel and the other tap dancers involved in this special series, read the full feature in The New York Times.

Ayodele Casel’s Diary of a Tap Dancer V.6: Us performances premiere each week at noon beginning Tuesday, July 14 and run for seven weeks on City Center’s social media channels. You can also watch the performance videos below.

Ayodele Casel's Diary of a Tap Dancer V.6: Us has been commissioned by New York City Center.

AYODELE CASEL
One of The New York Times' "Biggest Breakout Stars of 2019" and “a tap dancer of fine-grained musicianship” (The New Yorker), Ayodele Casel is a 2019-2020 fellow at the Radcliffe Institute for Advanced Study at Harvard University. Born in the Bronx and raised in Puerto Rico, she began her professional training at NYU’s Tisch School of the Arts. Her origins in theater and love for storytelling and tap dance have contributed significantly to the narrative nature of her work, which is rooted in the expression of identity, culture, language, and communication.

Casel began her relationship with City Center in 2016 performing her solo piece, While I Have the Floor, as part of the Encores! Off-Center Jamboree and was invited that October to reprise the work as part of the Fall for Dance Festival. She choreographed and performed in the 2017 Encores! Off-Center production of Carole King and Maurice Sendak’s Really Rosie, with Torya Beard serving as assistant choreographer. Both Casel and Beard served on the Encores! Off-Center Artist Board for three years. Casel also appeared with Arturo O’Farrill and the Afro Latin Jazz Orchestra in a one-night-only event as part of the ¡Adelante, Cuba! Festival in 2018. In April 2019, Casel along with O’Farrill, and Beard as creative director, helped launch City Center On the Move, a community engagement initiative first presented as part of City Center’s 75th Anniversary Season in partnership with NYC Parks Arts, Culture & Fun which brings world-class artists directly to New Yorkers in their own neighborhoods. Hailed by the legendary Gregory Hines as “one of the top young tap dancers in the world,” Casel has become an internationally sought-after artist and powerful voice for the art form. ayodelecasel.com

AMANDA CASTRO
A multidisciplinary artist, Amanda Castro is a graduate of California Institute of the Arts, where she studied under Glen Eddy of Nederlands Dans Theater and Andre Tyson from the Alvin Ailey American Dance Theater. Recent credits include Singin’ in the Rain (Olney Theatre Center) and 42nd Street (Ordway Center). @acastrodance

STARINAH "STAR" DIXON
Starinah "Star" Dixon is an assistant director, choreographer, and original principal dancer of world-renowned tap company M.A.D.D. Rhythms. She has performed as a guest with companies such as Michelle Dorrance's Dorrance Dance and as a part of Savion Glover’s All Funk’d Up. Dixon has taught and performed at the most distinguished tap festivals in the country including the LA Tap Fest, DC Tap Fest, RIFF Dallas, and more.

ANDRE IMANISHI
Andre Imanishi is a 2020 National YoungArts winner and was most recently seen at The Joyce Theater as part of the Ayodele Casel + Arturo O’Farrill production. His tenacious approach to training, passion for hoofing, and unique point of view have garnered invitations to perform with Cartier Williams, the Bernstein Tribute at the Kennedy Center, Ziggity Bop, The Giz, Ayodele Casel, City Center On the Move, and more.

RYAN JOHNSON
The co-founder and artistic director for SOLE Defined, a percussive dance company, Ryan Johnson is also an artist-in-residence at Dance Place in Washington, DC. His work weaves together the techniques, history, and aesthetics of tap dance, body percussion, stepping, and theater to forge works that reclaim Black narratives. @rkj.dance

ANTHONY MORIGERATO
Anthony Morigerato is a tap dancer, producer, director, content creator, writer, and Emmy-nominated choreographer. Morigerato is the executive producer and artistic director for AM Dance Productions. He is currently the co-artistic director for American Tap Festival and Operation: Tap, and continues to teach and choreograph for dance organizations, festivals, competitions, theater schools, and dance studios all over the world. amtapdance.com 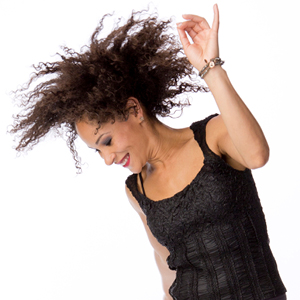 As you enjoy digital inspiration right from our hearts to your home with Ayodele Casel’s Diary of a Tap Dancer V.6: Us, we hope you will consider making a gift of any size to provide direct, meaningful support to the artists, programs, and staff that make City Center a theater for all.