All virtual Studio 5 events will be streamed for one week on City Center’s YouTube channel and can also be viewed below on this page. Following the week-long streaming period, City Center members will receive access to an archive of the full series.

All programs are on view for seven days following the first airing.

Want to enjoy all Studio 5 | Great American Ballerinas virtual events anytime you like?

Become a Friend of City Center today to receive exclusive access to an archive of the full five-part virtual Studio 5 series and other great benefits. Memberships start at $100. Join today!

This past event will be available for viewing by Friends of City Center at a later date.

In the first program of the series, NYCB principal dancer Tiler Peck, famous for her prodigious technique and musicality, works with former NYCB star and ballet master Merrill Ashley. Ashley created numerous roles for George Balanchine and is credited with establishing unprecedented levels of technique in the 1970s and ‘80s. Together they will explore three Balanchine solos with Ashley coaching Peck live:

In the final program of the series, Misty Copeland, the first African American principal ballerina with the prestigious ABT, revisits Juliet’s solo scenes in Kenneth MacMillan’s Romeo and Juliet to demonstrate how a ballerina continually refines her repertory, along with international ballet star and ABT principal dancer Alessandra Ferri. 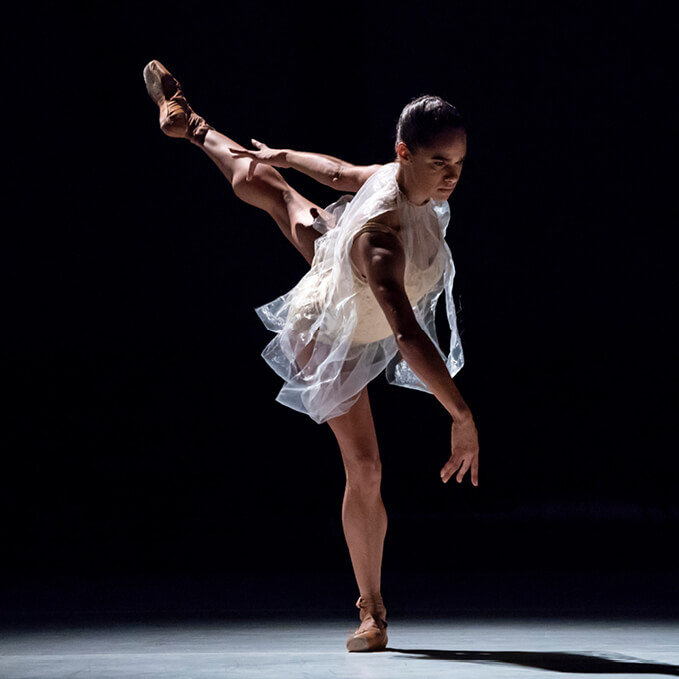 Your support can help us share the beauty of dance with others. Become a Friend of City Center today to enjoy exclusive access to an archive of the full five-part Studio 5 series, and help us continue our virtual programs and sustain City Center as a theater for all. Memberships start at $100. Join today!

Internationally acclaimed tap dancer Ayodele Casel along with frequent collaborator Torya Beard have conceived and curated a series of seven different video performances of solos and duets, created and performed by a multigenerational and multicultural group of artists in this City Center-commissioned virtual series.  A new performance is released every Tuesday at noon starting July 14 and runs for seven weeks on our social media channels and website. Learn more.